Aquaponics is a way of cultivation that has tremendous benefits. There is plenty of motivation to start aquaponic cultivation. For me, it has been my children, whom I want to provide with healthy food, which unfortunately is not available, due to the state of our agriculture. I also feel responsible for this planet and do not want to live on the debt that my children will have to pay one day. I knew a long time ago that putting my head in the sand and not solving the coming problems would make our life very complicated in the future. I'm really glad that nowadays there is public talk about the problems that 10 years ago were perceived as conspiracy theories and nonsense. There is a lot of information nowadays a lot and people come and want to take an active part in the solution. Anyone with at least some reason understands that we have to change our way of life, otherwise it is over for us.

All of this led me and my family to the first experiments with aquaponics already around 2010. By that time, I had had rich experience of hydroponic chili pepper cultivation. In almost 10 years, I have moved from an amateur to an absolute professional in all areas involved in aquaponics. The greatest benefit to me was working with people who are professionals with years of experience in these fields. Without such people, starting with aquapony is something like crying ball spells. Today I can contact experts in the fields of seeds and seedlings, hydroponics, fish farming, bacteria, water chemistry, food testing, feed production, fertilizer production, light sources, greenhouses and more. Nowadays, all of this knowledge is concentrated in the Aquaponic Farm Association, which now coordinates the advent of aquaponics products to the public market. Special seeds suitable for vertical systems, special feeds for plants enriched with necessary plant substances, nitrifying bacteria designed specifically for efficient aquaponic filtering processes and, last but not least, final growing systems and training, will be available in the spring this year to everyone who wants to relieve initial labor pain.

I built the first outdoor growing system, together with my father Miroslav Fojtik, in our garden in 2014. Nowadays my father is the head of a research center near Olomouc, where he deals with the most complicated branch of the aquaponic industry, indoor trout farming combined with seedlings and the growth of 20 kinds of vegetables. We will bring more information later. It was already at this time that the idea was born to bring this system to perfection so that it could be sold to people who were interested in it.

Unfortunately, neither the results nor the processing were initially sufficient. After a series of failures with overheating in tropical summer days, way too cold water at night, with the choice of suitable (and inappropriate) materials, vegetables and fish, and lots of technical improvements, we were in 2016, completely independent of leafy vegetables, as well as actually all our neighbors. As we cultivated everything for ourselves, we tried to respect an ecological and healthy approach. The fertilizer was derived exclusively from fish, and feed for fish was of insect origin exactly as it is natural for the bread fish species. We named this whole system Ačko and gradually tuned it for better results. We followed the yields and water consumption and compared everything with a bed of the same size where we cultivated the same crops, only in the soil. The ratios were incredible. On the same area as Ačko, we grew a total of 3.9 times less plants and 20-30% slower. We also consumed 10 times more water and most of the plants were eaten by snails. My wife, a proud permaculture builder of the african beds and the semi-wild "food forests", eventually fell for the vertical growing systems which demand much less work than anything else in the garden. So I can say that 100% of wives recommend aquaponic Ačko to the garden.

Outdoors we operated only seasonally, which reduces operating costs. These are limited to just one small pump and fish feed. The price of electricity consumed was around 300, - CZK per month, and the feed is free (if you can breed earth worms, flour worms and similar animals), and it is interesting that for example tilopi nilica can be fed with a Lemna, which is weed you can also very simply grow yourself.

Our systems have been constantly evolving, and by 2017 we had been growing so many strawberries that there was no more demand. An absolute sensation were the herbs that were very successful. Just try and guess from the pictures below what we grow.

2018 was already marked by the first attempt at a commercial system. Unfortunately, the lack of finance and the absence of the necessary components in our market did not allow us to finish this project to the end. However, we were asked if this system could work in Africa and we had to try it out. With the ingenious construction that would survive the fall of the asteroid in our first models, we decided to build first several pieces in the Nymburk Research Center. In collaboration with Farma Pro Všechny, which has been doing the research for Africa, we dedicated our entire year 2018 to smoothing the whole system and transferring all know-how to the commercial sphere.

For 2019, we have set up a system that can be sold without any problems to customers. All materials are certified for contact with drinking water and meet the strictest (German) standards in this area. The system will be modular. The customer has the option to buy only his carrier part or only the fish tank, or multiply the whole system and increase it arbitrarily. The system will be available at the end of March 2019, but our partner, eshop AQUAPONIK.CZ is going to launch the sale eminently. As we know that there is huge interest in the system and its amount will initially be limited, we recommend to those interested to take this opportunity. We also remind you that the paying members of the Association have discounts at this eshop. As a result, your membership fee can be paid back very quickly. 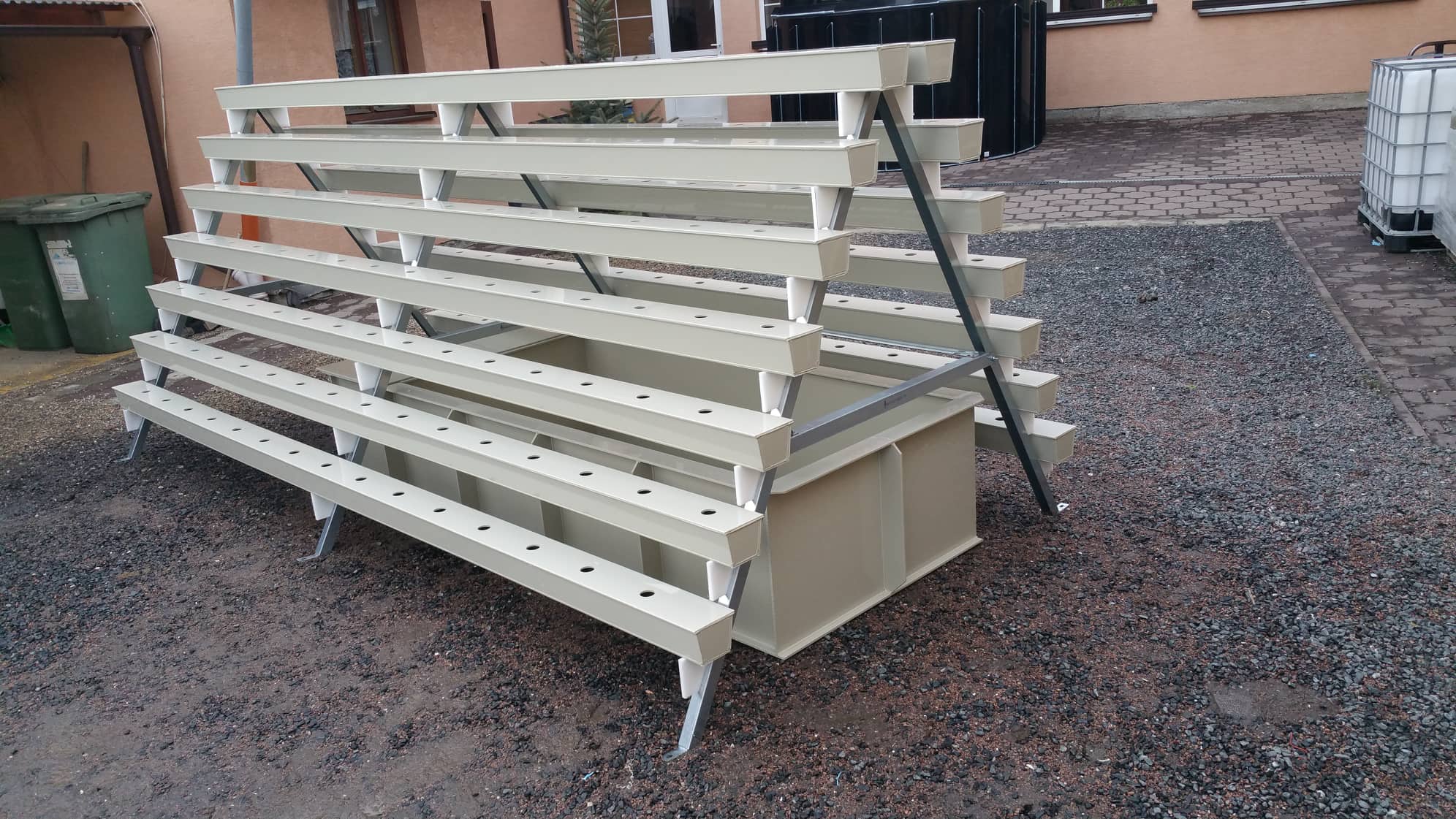 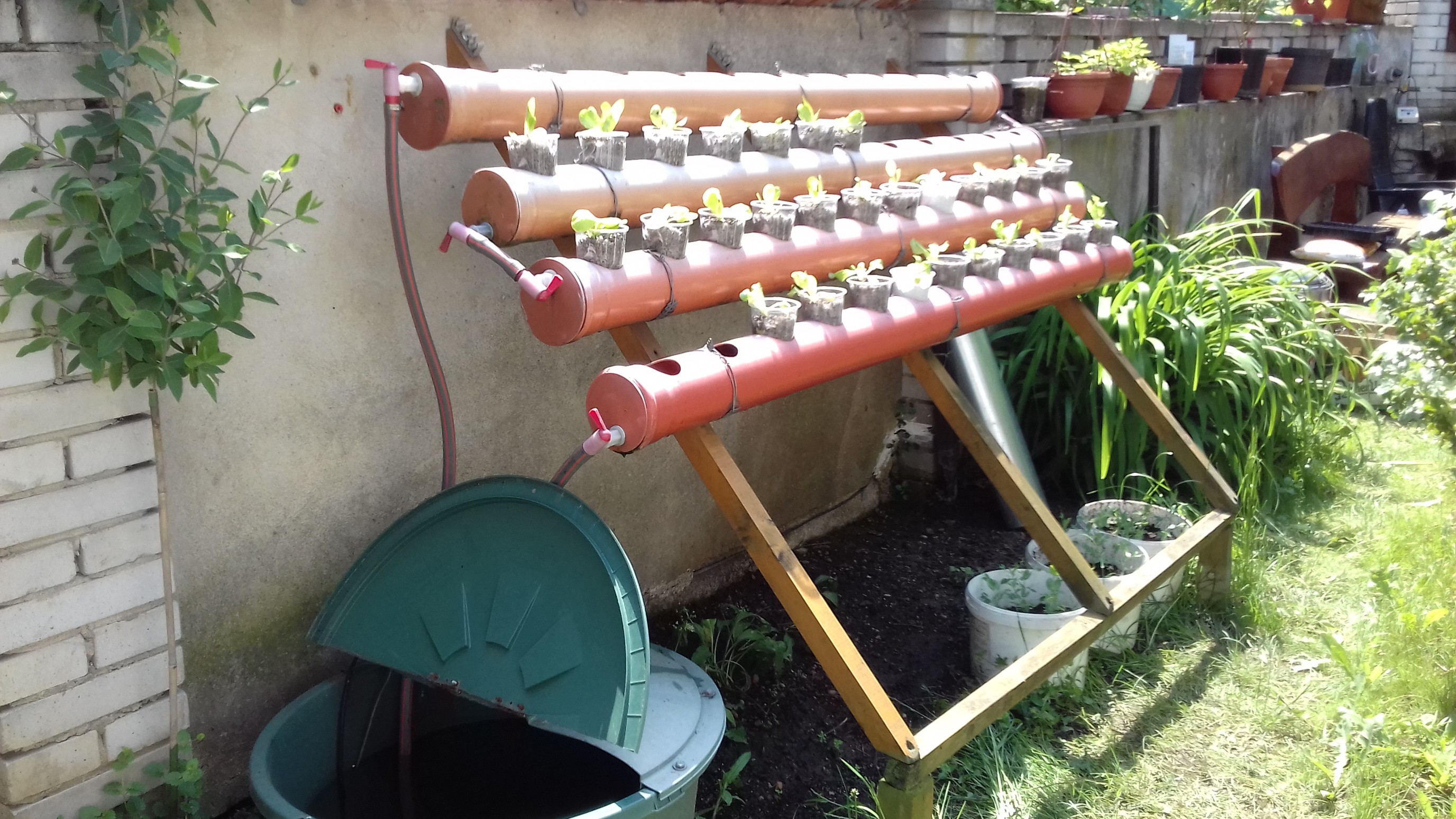 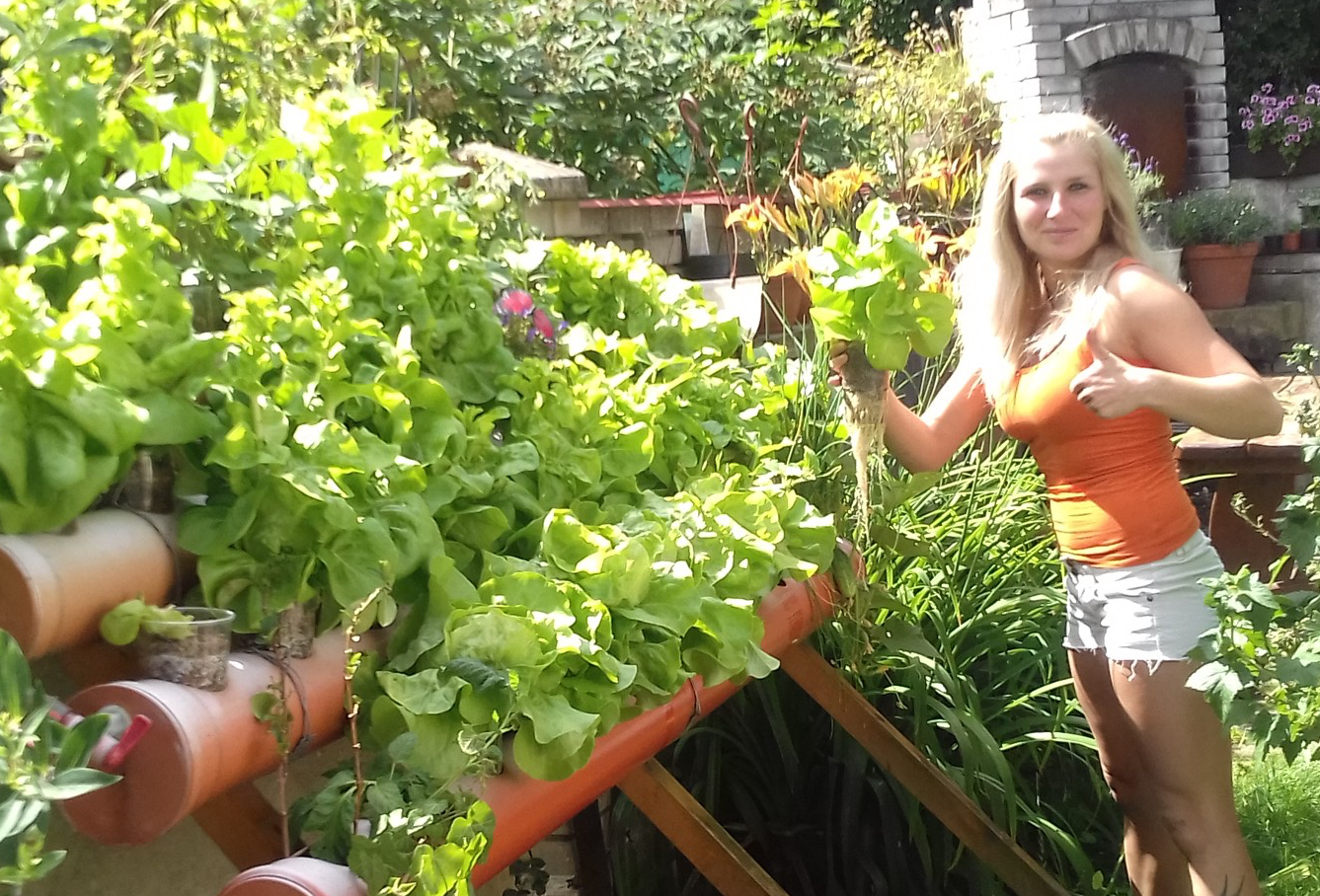 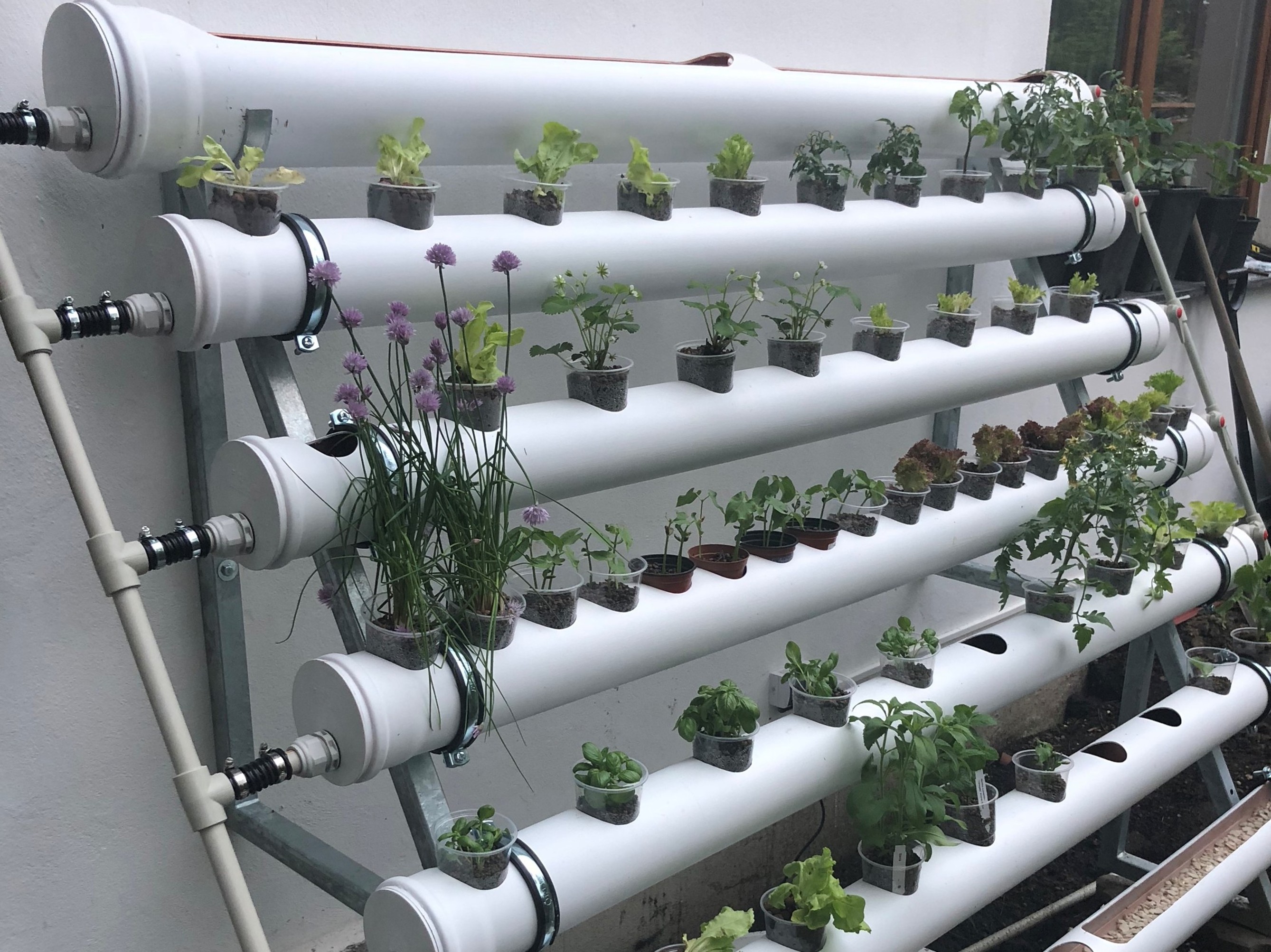 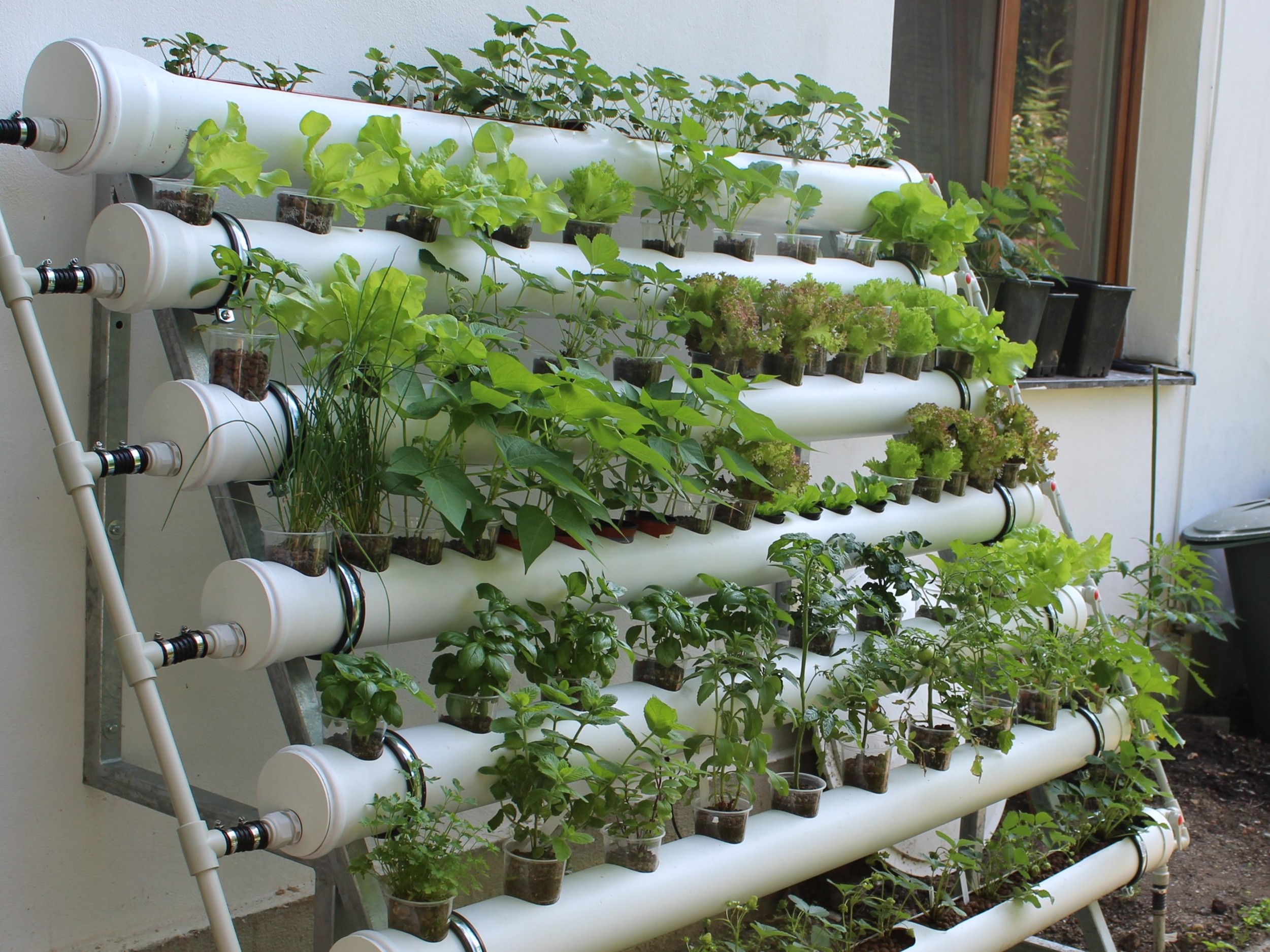 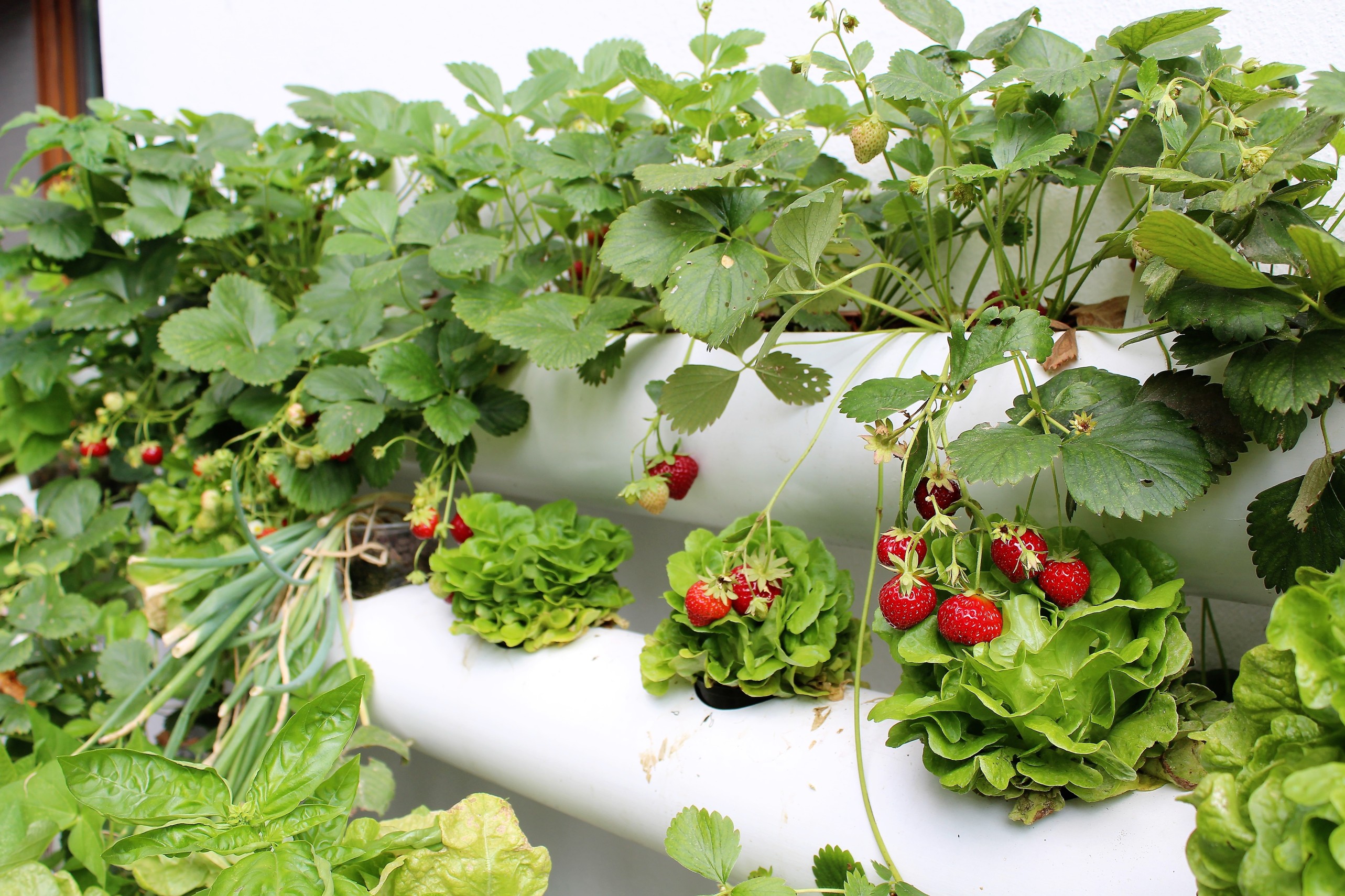 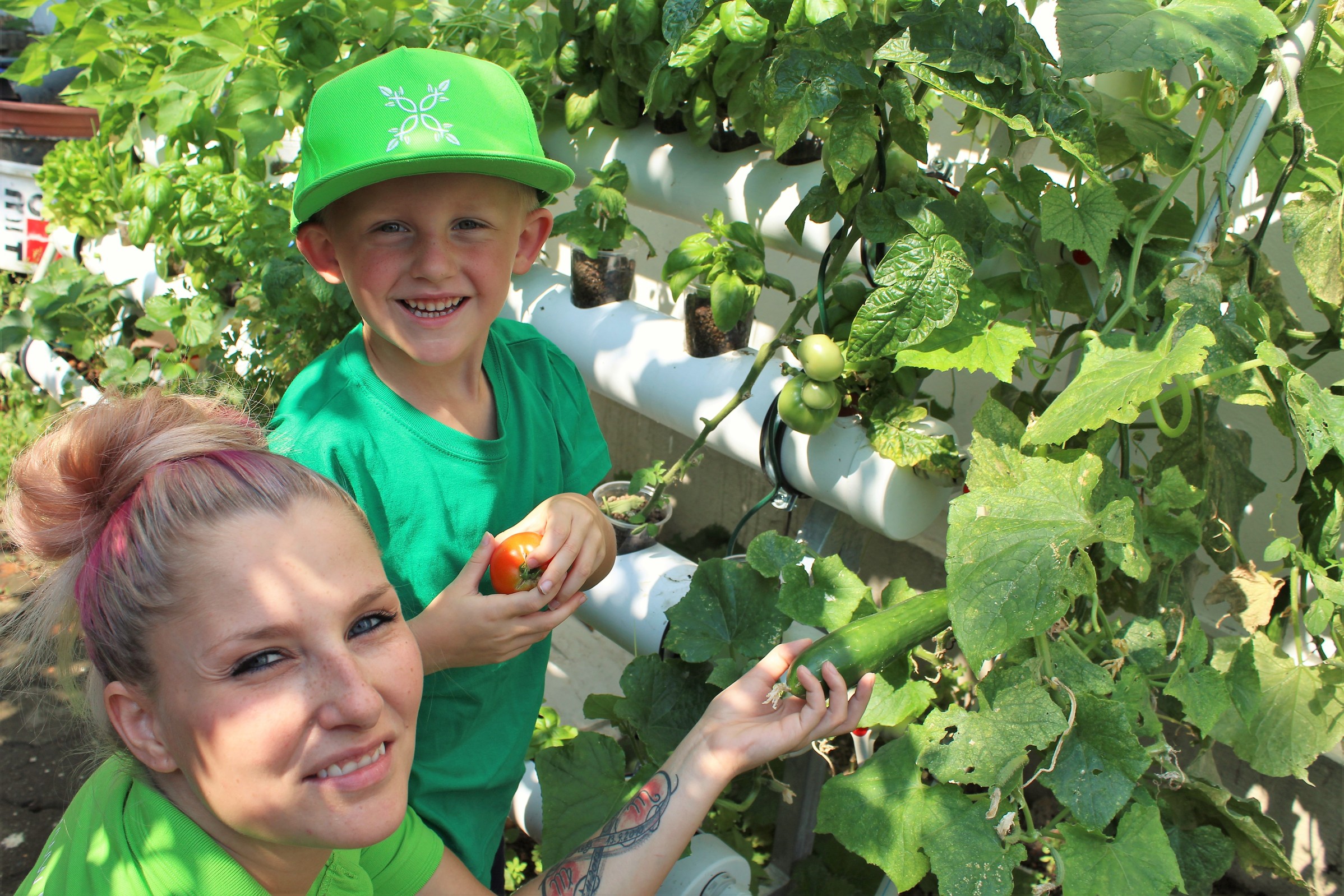 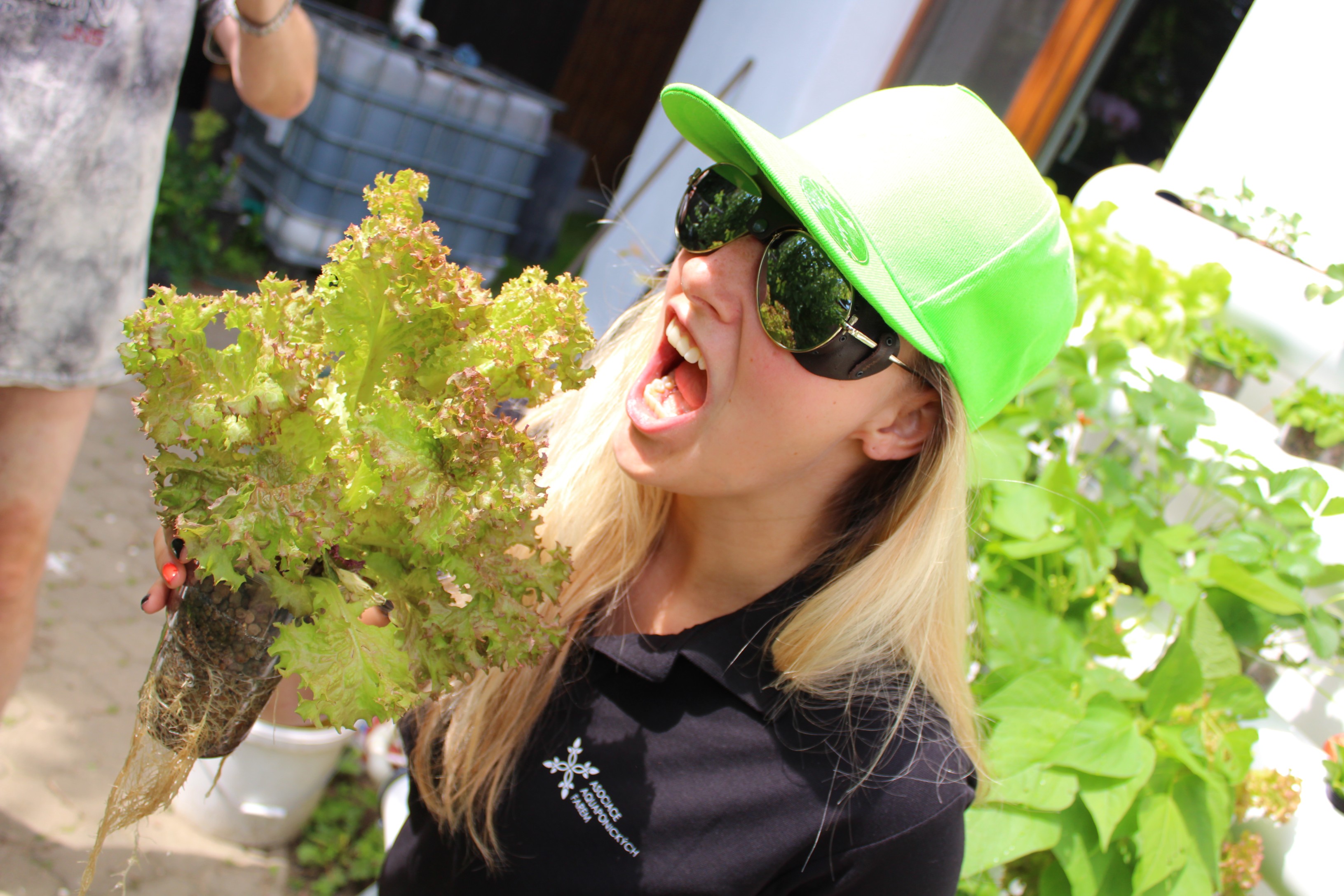 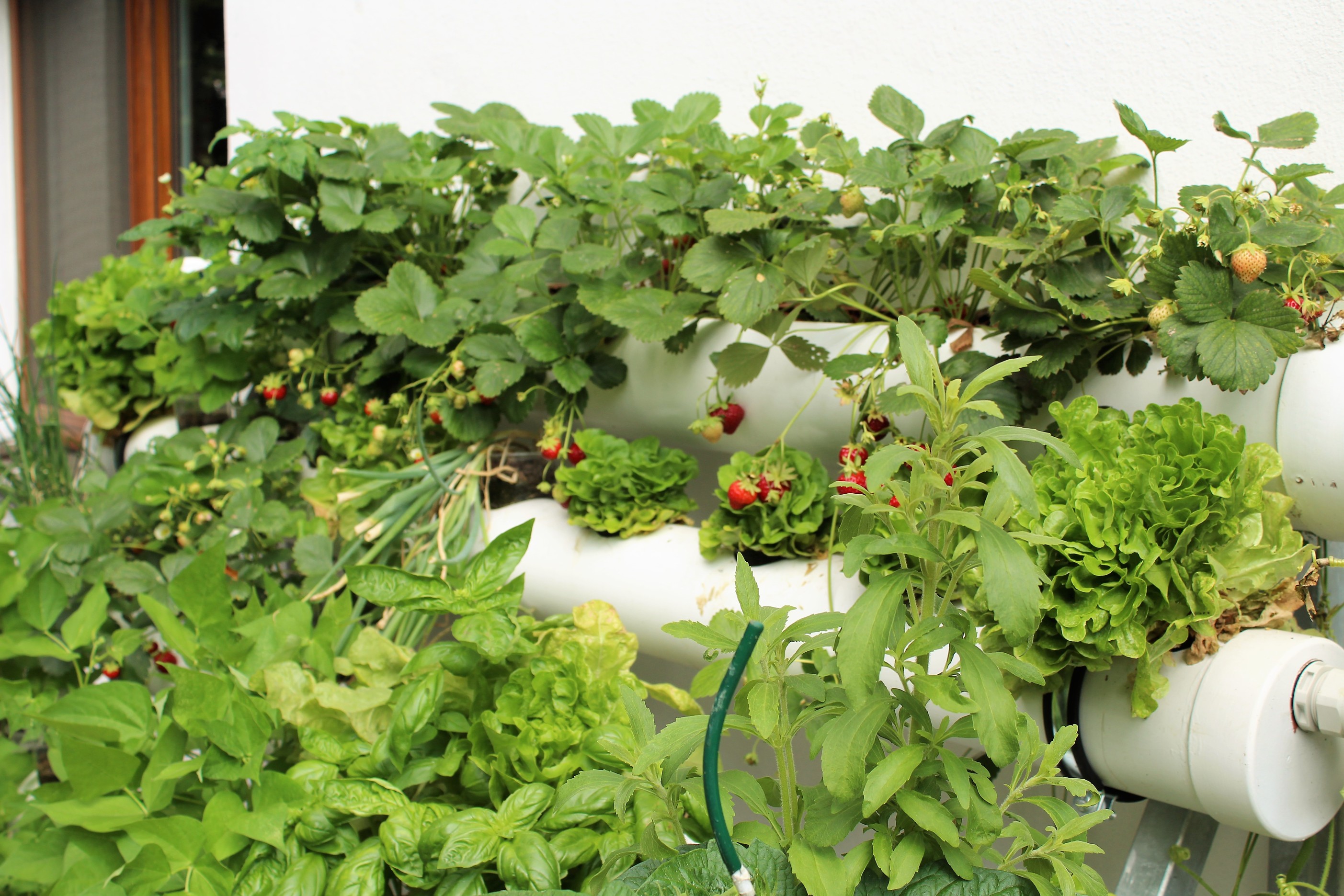 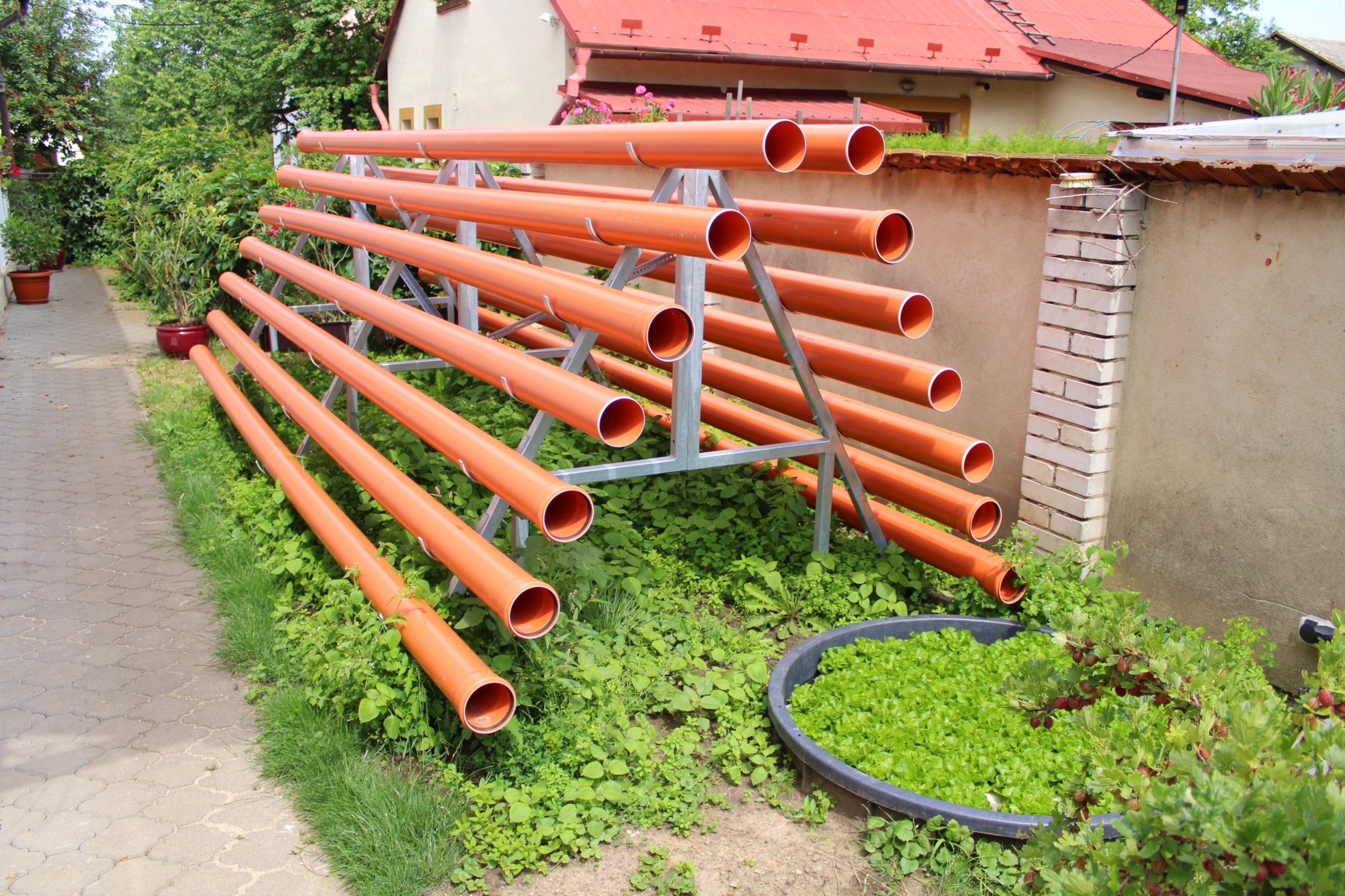 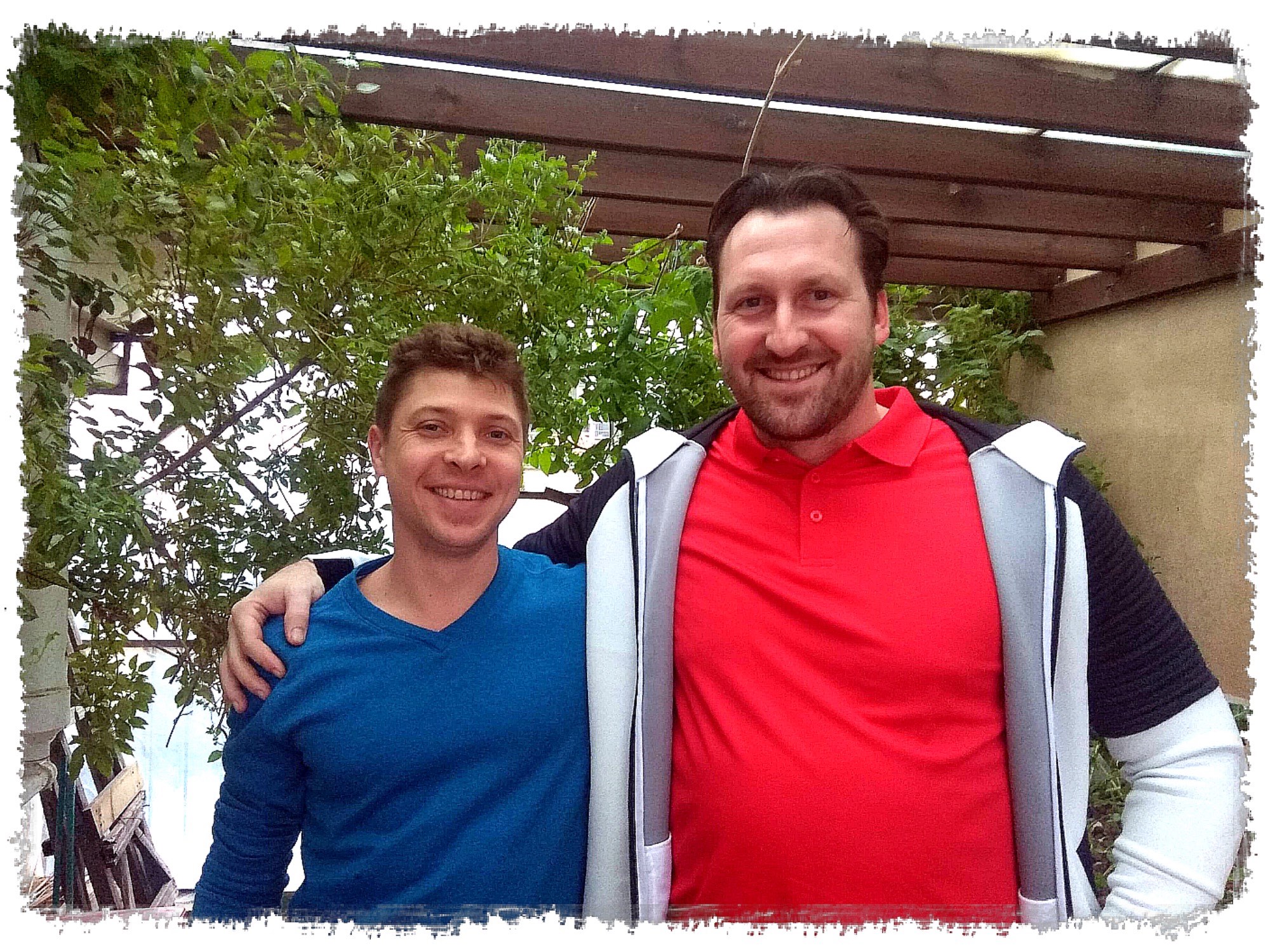